Brain Control: The impact of science and technology on our mental health, law and privacy

Smartphones, smartwatches, other wearable devices and apps are now a part of everyday life. These technologies promise to improve our lives in many ways, through increased work flexibility and making us more connected to friends, family and the wider world.

In continuously monitoring our thoughts, movements, and behaviours, these devices can uncover new insights about the nature of mental illness. Continuous monitoring may enable doctors to better tailor treatments to patients, and to diagnose and potentially prevent disease. The addition of artificial intelligence may be used to prevent suicide or predict future neurological disorders like Parkinson’s disease or dementia.

These technologies raise many social, ethical and legal dilemmas:

Our expert panellists will discuss the virtues and risks of our digital health data being captured and used by others in the age of Facebook, metadata retention laws, Cambridge Analytica and a rapidly evolving neuroscience.

Brave New Brains: the future of brain-computer interfaces and the challenges they present

Advances in neuroscience, computer engineering and artificial intelligence are opening a new world that holds promise and challenges for scientists, philosophers and ethicists.

New technologies that connect brain activity to powerful computers have the potential to revolutionise medicine. Brain-computer interfaces (BCIs) may restore sight, improve mobility for people with spinal injuries, prevent epileptic seizures, and allow those who’ve lost the ability to communicate to converse again. Emotions, thoughts and behaviours may also be predicted, detected and altered by BCIs. 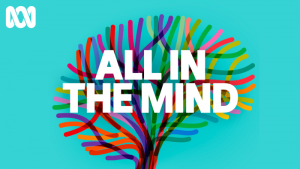 Dr Hannah Maslen, Deputy Director, Oxford Uehiro Centre for Practical Ethics opened the event with a 10 minute overview of what BCIs are and gave some examples of how they are being used.

A panel discussion was then held, which was moderated by ABC Radio National’s All in the Mind host, Lynne Malcolm. Dr Maslen joined the discussion along with:

Brains and Computers: the future of neuroscience and understanding the complexity of the human mind

Two of the world’s leading brain researchers came together to discuss some of the latest international efforts to understand the brain. They discussed two massive initiatives – the US based Allen Institute for Brain Science and European Human Brain Project. By combining neuroscience with the power of computing both projects are harnessing the efforts of hundreds of neuroscientists in unprecedented collaborations aimed at unravelling the mysteries of the human brain.