Sparking an interest in the brain

The Australian and New Zealand Brain Bee Challenge (A&NZBBC) is an annual competition for high school students in Year 10 (Australia) and Year 11 (New Zealand) that encourages learning about the brain.

Throughout the competition, students learn about the brain, its functions and neuroscience research. They are introduced to careers in neuroscience and investigate the misconceptions about neurological and mental illnesses.

Students participating in the competition gain access to current and accurate information on the latest advances in neuroscience research. They also develop an understanding of how neuroscience contributes to our community and improves the health of millions of people around the world.

The competition often sparks an interest for students to pursue a career in neuroscience.

All Year 10 students in Australia and Year 11 students in New Zealand are eligible to enter the competition. It runs through a series of rounds, with the Australian and New Zealand winners attending the International Brain Bee, which takes place at an international neuroscience/psychology conference the following year.

There are 4 rounds to the Australian and New Zealand Brain Bee Challenge.

Round 1 runs throughout March 2020. Register here.

Students complete an online quiz to determine their knowledge and understanding of the structure and function of the brain. The online quiz is hosted by Education Perfect.

Round 2 – Regional Finals
Round 2 is the Regional Finals, held in each state/region in Australia and New Zealand. Students who achieve a high score in Round 1 are invited to attend a full day of activities at a university campus/research institution in their capital city.

As well as participating in two rounds of live questioning to determine who will become the state/region champion, students also have a day filled with activities to educate them about neuroscience and associated research. This may include lab tours, demonstrations, lectures, experiments and the opportunity to speak to researchers. There is also a team competition on the day where schools compete against each other to win prizes for their school.

Round 3 – National Final
Round 3 is the National Final where eight Australian students and two New Zealand students compete against each other to become the Australian Brain Bee Challenge Champion, or the New Zealand Brain Bee Challenge Champion. Round 3 is held at the annual Australian Neuroscience Society (ANS) conference in December. Students compete in four challenges held over two days and include an anatomy challenge, a written short answer challenge, a patient diagnosis challenge, and a live question and answer challenge. Students also have the opportunity to attend ANS scientific sessions and meet with scientists, researchers and students involved in neuroscience.

Round 4 – International Finals
Round 4 is the International Brain Bee (IBB). The IBB is held at an international neuroscience/psychology conference and in the past has been held in places such as America and Italy. In 2012 the IBB was in South Africa and was won by the Australian representative, from Brisbane, Teresa Tang. In 2013, the IBB was held in Vienna, Austria and was won by Australian representative, from Brisbane, Jackson Huang. 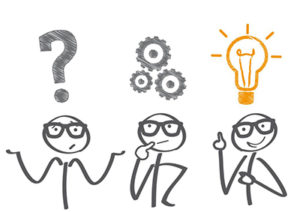